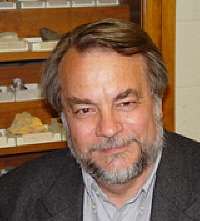 Archaeologist
PROFESSIONAL BACKGROUND
Ernie Wiegand started his impressive career as a professor of geology and archaeology at Norwalk Community College in 1975, where he continues to this day.  Since 1981, Mr. Wiegand has also applied his skills in conducting more than 100 archaeological investigations in conjunction with land development applications.  Many of these investigations have been as part of environmental impact assessments conducted under New York SEQRA regulations.  Mr. Wiegand has consistently been able to produce a high quality professional product at a reasonable cost.

Primary services offered by this consortium member can be found on the following page (click on link):

Design, implementation and reporting of archaeological studies required in the preparation of environmental impact statements.

Research has included fieldwork at over 25 local prehistoric and historic archaeological sites and an ongoing prehistoric site survey of Fairfield and Westchester Counties which has led to the discovery and documentation of over 200 sites.

Duties included the planning, direction and reporting of the archaeological survey of the North Family complex under the direction of Dr. Michael D. Coe of Yale University. Project conducted for Mount Lebanon Shaker Village and funded by a grant from the New York State Natural Heritage Trust.

A complete listing of over 100 reports is available upon request.