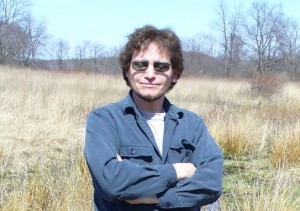 Mr. Gross worked in the planning departments of the Townships of Wayne and West Milford, NJ, and headed environmental review for more than 25 years for private consulting firms, including Hudson Highlands Environmental Consulting (13 years) and Tim Miller Associates, Inc. (9 years).  In these positions, he prepared more than 50 environmental impact analyses, zoning analyses, wetland and ecological studies, dozens of wetlands delineations, watershed and drainage basin studies.  Mr. Gross has also conducted reviews of environmental impact statements as consultant to several New York municipalities including the Towns of Kent, Pawling, and Blooming Grove.  When working on behalf of not-for-profit conservation groups and neighborhood associations, his reviews of development applications has been especially effective in uncovering issues that were missed by the lead agency’s own staff or paid consultants.

Primary services offered by this consortium member can be found on the following pages (click on to see):

A sampling of relevant experience include:

More than a hundred wetland delineations/ecological assessments in various municipalities throughout Westchester, Putnam, Dutchess, Rockland, Orange Counties and beyond.  Some larger or more relevant projects include: